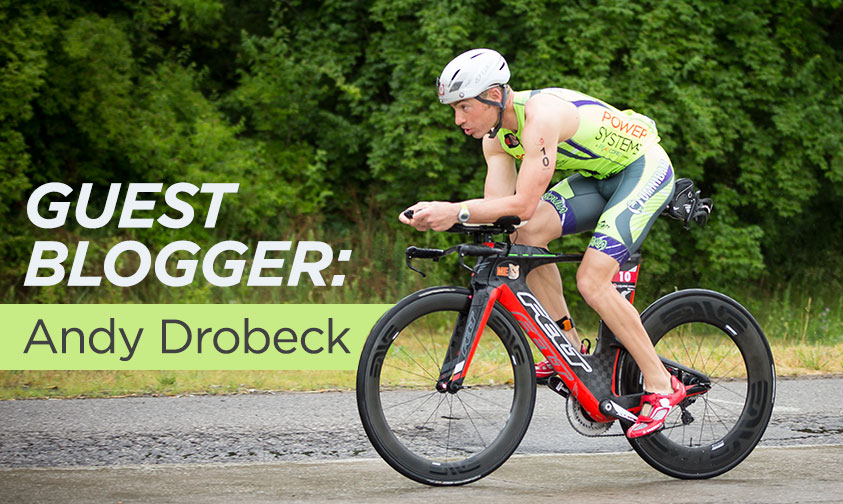 Andy Drobeck is back again to represent Power Systems in the 2016 Triathlon Racing Season. Join us as we wish him the best of luck this year. You can follow along with the season here. In the meantime, see how he’s handling his training during the winter months in Montana.

Winter is different for everybody. In Phoenix, they love winter. I just got back from a few days in L.A. and saw no signs of winter. In Missoula, MT, though, winter means the sun is a rare sight and the snow and cold make the treadmill and trainer all too common. A lot of athletes in this area shift focus during winter to some type of snow sport. But with triathlon, it can be difficult to keep up on three sports by simply cross country skiing or skinning up peaks and skiing down. Therefore, I choose not to distract myself with those activities and keep the focus on swimming, biking, and running.

Generally, as fall moves into winter, people become less active, gain a few extra pounds, and call the next workout off until January 1st when they’ll get back to “hitting it hard”. I recommend against that. Sometimes a little chilling out and letting the body and mind reset is a good thing. But powering the whole system down and then attempting a re-boot can be tough. The re-boot might never happen, or maybe the re-boot is too intense and burnout occurs. It’s much better to dull the flame a little through winter and then slowly brighten it as fitness goals get closer and become much more achievable.

I experience a bit of burnout at the end of every triathlon season. I don’t crave kicking back on the couch and just drinking a 6 pack of beer, but I do crave a more casual training and racing environment. Therefore, as I go through December and January, I’m a bit more flexible, do things a little less regimented, and do some races that are more for fun. I also catch up on the to-do list and try to pay some stuff forward (or back maybe) to my wife for next season. It’s not all easy though; winter training still consists of 14 – 18 hours a week of swim, bike, run and an additional couple hours each day of strength training, stretching, rolling, and mobility. It seems like a bunch, but the 30% less training is 75% less stressful. That less stress gives my body and mind a chance to stay sharp while still healing. In January I’ll start to add harder stuff but not much more volume. Then I’ll add a bit of volume in March and even more into April. From April on, it’s full out training. Those winter months are also a good chance for me to focus on getting strong in areas where I’m weak. I’ll also try some new routines with the hope of finding something that works better. It never hurts me either to put a little more focus into the fire department. Winter is when I’ll take some classes and pick up a few shifts that I can use during tri season. At some point I’ll feel like I’m ready to start thinking about really racing again and begin the process of developing next race season.

Generally, it’s around Christmas when I solidify my race season. It’s not an easy task. I have to balance all of the following factors:

It takes a lot of time on the internet and some real planning. Once the race season is set, I can really start to more specifically train and focus on each specific event. Having some type of next goal is a must-do. It doesn’t matter if you’re an Olympian or just off the couch – there needs to be a reason to validate what you’re doing. Maybe it’s a race, a health goal, a “vacation body”, or whatever. Most people know and do this, but when the goal comes and goes is when the struggle occurs. Because it’s “now what?” It’s important to have succeeding goals and build upon each one to eliminate the now what question.

Another important thing for getting through winter is just taking it each month at a time. For me…December is the “holidays” month. January is the “get moving again” month. February is the “start and get outside” month. March is the “tease me with spring” month. April is the “tease me with summer” month. May is “perfect spring” month. June is a rainy, “where is summer?” kind of month. Then finally (in Missoula anyway), on July 4th, summer finally comes. No joke, it takes until then. Point is, if I look right now and think “oh my God, summer is 4 months away,” that’s depressing. But if I think, “hey it’s 45 degrees today” and I’m pumped to ride outside, that’s motivating.

Now that I’m stuck here thinking about how summer is 4 months away, I’ll go have a cry in my pillow.

Andy Drobeck is a Professional Triathlete sponsored by Power Systems. Andy has been competing in triathlons since 2009, and made the transition from Amateur to Pro in the 2014 season. When he’s not training or racing, Andy is a full-time firefighter with the Missoula Fire Department, located in his hometown, Missoula, MT. Andy and his wife Trisha have 4 cats together.
See all posts by Andy Drobeck