As we continue to explore what skills athletes need to be successful, we transition our focus from the tools and training techniques to build foundational strength to developing explosive power in your athletes. In physics, power is measured by the amount of force produced over a period of time (Power = Force x Velocity). The most powerful athletes can generate a maximum amount of force in a very short time frame.

In that case, what are the best training principles to adopt when cultivating explosive power in your athletes? 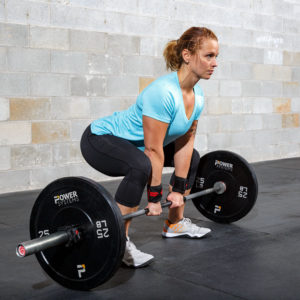 Some coaches view the maximal strength training benefits of single rep max exercises featured in powerlifting (squats, deadlifts, and bench press) only address the force side of the power equation. This stance is rooted in the belief that maximum power production is achieved by embracing the direct correlation between force and velocity in the power equation through the implementation of explosive weightlifting techniques.

“Success in athletics, especially weightlifting, often involves producing the greatest forces in the shortest amount of time. The weightlifting movements require both ingredients for power, force, and velocity. Research shows that the clean and jerk and snatch all have power outputs far greater than those of the squat, bench press, and deadlift.” 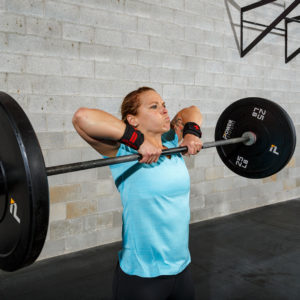 The aforementioned weightlifting movements also require balance, coordination, and flexibility – all of which are crucial in the first stage of building a better athlete from the ground up. To summarize this coaching camp, the best results in power output are trained by the proper sequencing of both maximal strength training (powerlifting) with explosive weight training.

On the other hand, there are some coaches that believe the reason the principles of weightlifting have been deemed superior to those of powerlifting is based upon outdated information on the training practices of powerlifters. As explained below, the initially accepted view that powerlifting training goals are focused primarily on single rep max loads has been updated.

In this case, powerlifting training programs have evolved to become more similar to weightlifting programs than what was previously accepted. While both sports can produce similar results over time, the preferred path to success is still somewhat divided. However, both pro-powerlift and pro-weightlift coaches can agree that the best athletes are both strong and explosive.

Elisabeth serves as the Education Coordinator for Power Systems and is their primary content contributor for blogs and articles on a variety of subjects from personal training and group fitness programming to product spotlights and health club operations. She holds a B.S. in Exercise Science and has over 15 years of experience in the fitness industry from a personal trainer & group fitness instructor to regional level fitness management. Elisabeth is also a Master Trainer for PowerWave Master and holds industry group fitness certifications with ACE & Les Mills.
See all posts by Elisabeth Fouts